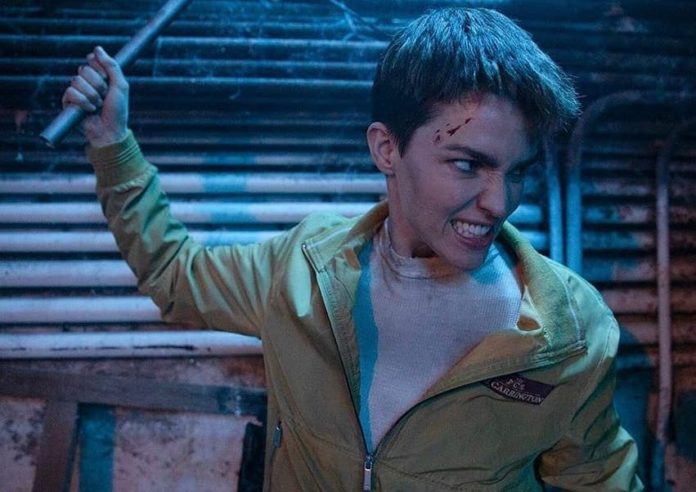 UPDATE: Lionsgate is set to release The Doorman on Blu-ray and DVD October 13, 2020. Stay tuned for a Trailer soon!

From Ryuhei Kitamura, director of the cult favorite Japanese actioner Versus (2000), comes his latest action thriller The Doorman. The film stars Ruby Rose (John Wick: Chapter 2, The Meg) as “an officer in the Marines who encountered traumatic events while serving her country and returns home looking for an opportunity to heal. She seeks refuge as a doorman at a labyrinthine, historic New York apartment building — until she encounters mercenaries who are intent upon destroying everything in their way to retrieve precious art hidden in its walls.”

Regarding director Kitamura, Rose told Entertainment Weekly, “Ryuhei is incredible with the action scenes and so were our stunt coordinators. I can easily say our action scenes in the film are on another level. We had so much fun shooting them, especially in all the different locations we got to play in. There’s a mixture of martial arts, weapon training, and a lot of physical hand-to-hand combat. It was pretty remarkable that we got to do it all in such a short amount of time. I’m used to shooting films in three or four months but this one was shot in 30 days. It might’ve been like 34 or 35 days but it was still a short shoot. Our director and [cinematographer] Matthias [Schubert] knew exactly what they wanted.”