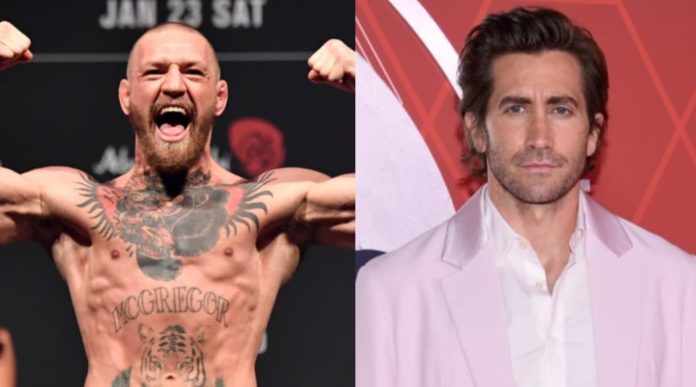 UPDATE: According to Deadline UFC superstar Conor McGregor has joined the cast of Road House. Details behind his character is unknown, but sources made it clear he would be playing an original character and not himself in the reboot.

Produced by original producer Joel Silver (Lethal Weapon franchise) from a script written by Anthony Bagarozzi & Charles Mondry, the reboot follows Gyllenhaal as a former UFC fighter who takes a job as a bouncer at a rough-and-tumble roadhouse in the Florida Keys, but “soon discovers that not everything is what it seems in this tropical paradise.”

“I’m thrilled to put my own spin on the beloved ‘Road House’ legacy. And I can’t wait to show audiences what Jake and I are going to do with this iconic role,” said Liman.

Director Doug Liman (The Bourne Identity, Edge of Tomorrow) and Jake Gyllenhaal (The Guilty) are in talks to join forces for a reboot of the late Patrick Swayze’s classic Road House.

The original 1989 film starred Swayze as Dalton, a bouncer hired to clean up one of the rowdiest, loudest bars in Missouri, The Double Deuce. Swayze’s character is put to the test when he needs to protect the town from a corrupt businessman.

Previous plans of a female led remake of the film with former UFC Champion Ronda Rousey (The Expendables 3) attached has been scrapped.

It is currently unknown whether this project will be a straight remake or a modern re-imagining of the material.