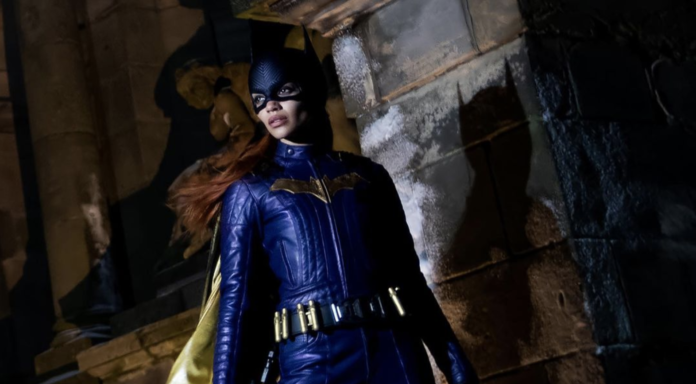 UPDATE: According to the New York Post, despite wrapping up production, Warner Bros. may have decided to shelve the release of Batgirl.

The Post‘s story suggests that Batgirl tested so poorly with preview audiences that “the studio decided to cut its losses and run, for the sake of the brand’s future. They think an unspeakable Batgirl is going to be irredeemable.”

The reported budget for the film is estimated to be between $70 million and $100 million. This would make it the most expensive project to be shelved by a major studio.

Stay tuned as we learn more.

UPDATE: Take your first look at Leslie Grace in full costume as Batgirl!

UPDATE: According to a press release Warner Bros. posted on their media site which included a preview of upcoming films set for premiere in 2022, the original Batman himself Michael Keaton, is confirmed to return in Batgirl.

We can speculate that Keaton might putting on the Batsuit once again after reprising the character for the upcoming Flash movie starring Ezra Miller.

Stay tuned as we learn more!

UPDATE: The Mummy star Brendan Fraser (Doom Patrol) has been cast as villain Firefly in Batgirl.

In the comics, Firefly is a pyromaniac who became horrendously scarred all over his body after a chemical explosion, leading him to wear a flame proof bodysuit during his crimes.

But before he starts taking action in Gotham, Scipio will next be seen in The Expendables 4 opposite Sylvester Stallone as Antonio Banderas’ son.

UPDATE: Have a look at the official concept art for Batgirl!

Throughout comic book history and multiverse storylines, Gordon has either been Barbara Gordon’s father or uncle-turned-adoptive father.

UPDATE: Warner Bros. has found it’s Batgirl in none other than In The Heights actress Leslie Grace. Grace is set to play Barbara Gordon in the HBO Max exclusive film.

UPDATE: Looks like director Joss Whedon has dropped out of Batgirl. Whedon stated:

“Batgirl is such an exciting project, and Warners/DC such collaborative and supportive partners, that it took me months to realize I really didn’t have a story. I’m grateful to (DC president) Geoff Johns and (Warner Bros. president) Toby Emmerich and everyone who was so welcoming when I arrived, and so understanding when I…uh, is there a sexier word for ‘failed’?”

Whedon pretty much gave up as he could not figure out a story for Batgirl that he is satisfied with. Who would you like to replace Whedon behind the camera? Comment below.

Best known as the brains behind jump-starting the massively successful Marvel Cinematic Universe and directing the two Avengers films, Joss Whedon has signed on to produce, write, and direct a standalone Batgirl film for DC!

For those unfamiliar with Batgirl, she is Barbara Gordon, daughter of Commissioner James Gordon who is played by J.K. Simmons in Justice League.

This is said to be Warner Bros’ “second” female-led DC superhero movie after Wonder Woman, which might just indicate that its on a faster track than David Ayer’s planned Gotham City Sirens spinoff from Suicide Squad.

Whedon has proven to successfully handle comic-book adaptations and is no stranger to female-centric projects such as Buffy The Vampire Slayer and Dollhouse.

The project is still in its very early stages. Stay tuned as we learn more about who may possibly play Batgirl.