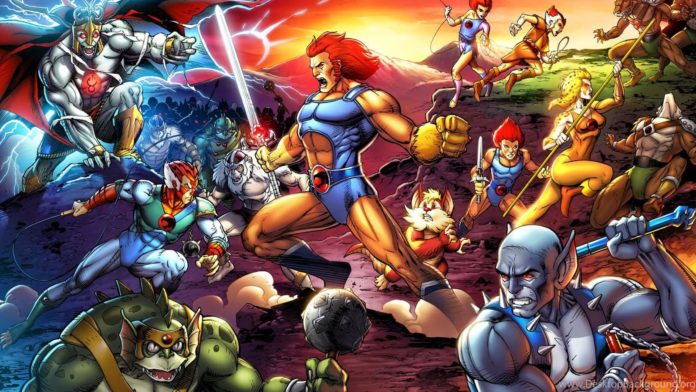 Fresh off the success of Godzilla Vs. Kong, director Adam Wingard is set to helm the ThunderCats feature film for Warner Bros. Based on the animated TV series that ran from 1985-89 by Rankin Bass, the film’s script will be rewritten by Wingard and Simon Barrett. The original series focuses on a group of cat-like humanoid aliens who live on the dying planet Thundera. The ThunderCats are force to flee their homeland.

Instead of live-action the movie will be a mix of animation and CGI.

“I saw this as an opportunity to do a new type of fantasy sci-fi spectacle film that people have never seen before. It’s got a rich mythology; the characters are fantastic. The colors. I want to do a ThunderCats film that takes you back to that ‘80s aesthetic. I don’t want to reinvent the way they look; I want them to look like ThunderCats. I don’t want to do it live action, either. I don’t want it to look like Cats, I don’t want those kinds of issues — no disrespect to that director, whom I don’t mean to throw under the bus any more than everyone else has. I want to do a movie you’ve never seen before. A hybrid CGI film that has a hyper real look and somehow bridges the gap between cartoon and CGI. That’s the starting point, and Simon Barrett and I are getting into the script now,” Wingard told Deadline.